from Oregon Soundscapes by John Hartog 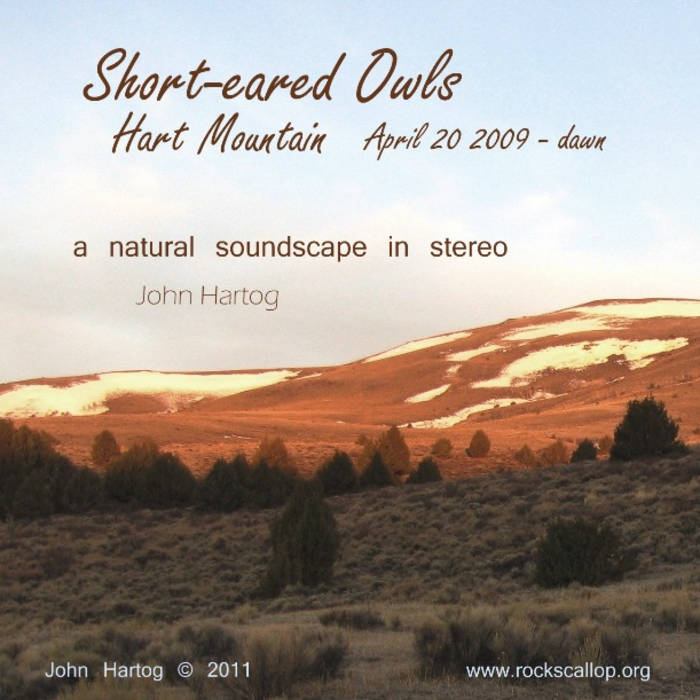 This excerpt begins with the Wilson's snipe winnowing in the distance and a surrounding chorus of sage thrashers, vesper sparrows, and savannah sparrows. Then some rapid wing beats can be heard which sound like two greater sage grouse landing nearby - right in the middle of the ensuing owl activity. Toward the end there are some great flyby sounds from a circling bird my guess is this is a an owl, though it could be a northern harrier as a pair were noticed nearby.

This track is also featured on Kevin Colver's Soundscapes for Birders website and podcast at:
www.7loons.com/Soundscapes_for_Birders/Welcome.html
And little more info can be found on my webpage:
rockscallop.org/ear/jh_20090420-0532_owl-at-hart.html

Thank you, Kevin Colver and Martyn Stewart, for help with species identification.

rockscallop.org
A tribute to the world's vanishing quiet places